Americans are suffering with drugs alone

Nearly fifty years into the war on drugs, we seem further away from victory than ever. Research shows that as many as one in ten Americans have had a serious problem with drug abuse at some point in their life. Right now, four percent of our countrymen are addicted to drugs. What’s almost as disturbing, though, is how few of them have received professional help. Great strides have been made in the treatment of drug addiction, but the vast majority of addicts are not benefiting. 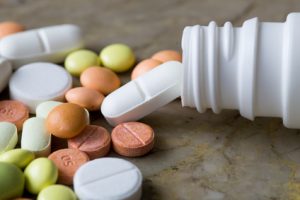 Only 25% of those who have suffered with drug abuse were treated for it. An even larger proportion of those currently abusing drugs – six out of every seven – are not receiving any therapy. This is especially troubling because drug use disorder is not only a serious problem in itself, but strongly linked to depression, PTSD and other forms of mental illness.

The havoc that drugs cause in our society is impossible to overstate. Most shockingly of all, life expectancy for White Americans is actually falling, driven by overdoses and drug-related suicide. In my experience as a Christian therapist, I have seen more than I can tell about how drugs ruin relationships, families and lives.

If you know someone who is abusing drugs, then it is important to give them your love, support and friendship. Possibly most important, though, is persuading them to seek qualified help. There are few things as rewarding as helping someone free themselves from slavery to drugs. If you want help for a loved one, or are struggling with drugs yourself, call today or fill out the contact form.