Internal Family Systems: Understanding the internal battle at the heart of addiction

Understanding the motivations that lie behind any form of addiction – whether it be to drugs, alcohol, sexual behavior or anything else – often appears impossible to the addict’s friends or family and even to the addict himself. How can someone who wants to stop doing something so badly keep doing it over and over again? The cycle of withdrawal and relapse appears so baffling that many are tempted to write off the addict as possessing some unaccountable character flaw, or put the blame on some unknown neurological process in the brain. 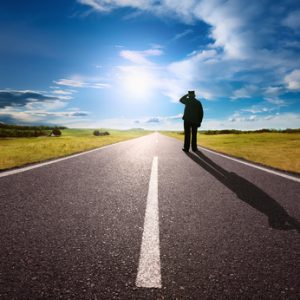 Internal Family Systems theory offers a profound, but seemingly paradoxical answer to the mystery of addiction. The dichotomy between the intensity of the addict’s desire to quit and the intensity of his or her desire to return to addictive behavior is, in truth, no dichotomy at all. Instead, they are two parts of a mutually reinforcing cycle: each one leads inexorably to the other. The experience of being trapped in a hated addiction is the result of two parts of an unintegrated personality struggling for supremacy, each one unable to vanquish the other, but rather provoking it to greater heights of excess.

The Internal Family Systems Model posits that the human personality can be usefully divided up into three sections: Firefighters, Managers, and Exiles. To simplify somewhat, ‘Exiles’ are the fragile parts of the personality that harbor traumatic memories and beliefs borne out of suffering which are removed or ‘exiled’ from the conscious personality. The ‘Managers’ and ‘Firefighters’ represent two opposite ways of protecting the ‘Exiles’: the ‘Managers’ by proactively seeking to control the environment and the ‘Firefighters’ through reactive or escapist responses to perceived threats.

In a more healthy personality, the three parts of the personality are balanced. However, when the ‘Exiles’ are too numerous this sets off a sort of bidding war between the Managers and Firefighters, with each one crashing against the other in a struggle to protect the vulnerable Exiles. In the case of addiction, this means a strong urge to use drugs or alcohol as a form of escape, provoking a furious blaming response from the ‘Managers’, which in short order provokes the ‘Firefighters’ into another round of escapist drug consumption.

The Internal Family Systems shortcuts this tug of war by allowing the ‘Exiles’ to find their own authentic voice as the beginning of the road to returning the three parts of the personality to their natural harmony.

For more information about effective therapy for addiction in Pineville, LA, contact J.D. Murphy, LMFT today. You can reach out by phone or through the contact form.