The Church in America and across the world is in the midst of a sexual crisis. As many as 68% of men who regularly attend church also regularly use pornography and the numbers are even higher among under-30s. With so many Christians engaged in activity that is fundamentally removed from godliness, it is no wonder that our churches are on the brink of a demographic crisis. 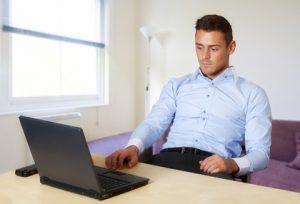 The last half-century has witnessed a penetration of pornography into every nook and cranny of society. The combination of new technology and the abolition of laws that used to protect the public from obscene material allowed an essentially unlimited amount of pornography to enter the hands of anyone, anywhere. Pastors and other leaders have not been blind to this problem, but their efforts have often been ineffective because they do not take into account the profound effects that pornography has on the brain. Instructing people to try harder, to pray, to take refuge in Christ – all of these are good, but sadly ineffective when pornography has taken its grip.

The biochemical effects of pornography

When two people have sexual intercourse, two powerful hormones, oxytocin and vasopressin, are released. The impact that these hormones have on the brain is actually comparable to that of powerfully addictive drugs. These hormones were placed in our bodies by God in order to create a powerful bond that allows them to ‘become one flesh’. When these hormones are released by watching pornography, they create the same powerful bonding effect, except now it is aimed at the pornography itself. Vasopressin also acts as a pain suppressant, literally suppressing the voice of conscience until it is silenced. With this knowledge, we can truly understand why the Apostle Paul tells us that sexual sin is unique in the way it attacks the body of the sinner.

Flee from sexual immorality. Every other sin a person commits is outside the body, but the sexually immoral person sins against his own body.

Addiction to pornography is real and rooted in our fundamental neurochemistry. Escape from this addiction is possible, but it requires an approach that is aware of the psychological roots of pornography addiction. For help in Pineville, LA, reach out to J.D. Murphy. You can get in touch by phone or by filling out the contact form.